Are you planning to visit the splendors of Versailles?

Book the services of a professional travel organization and enjoy a relaxing day at the most
beautiful palace in the world with your own private chauffeur.
You will be amazed by Versailles and its park, which is both a classified historical monument and a World Heritage Site. 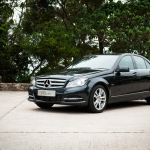 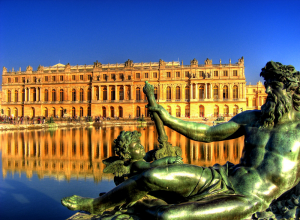 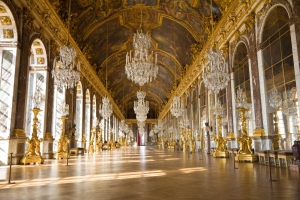 A day out at Versailles in a private chauffeured car

Built during the reign of King Louis XIV of France, the Palace of Versailles is undoubtedly the most famous castle in France, if not in the whole world. Its international reputation makes a visit to the Palace an absolute must for all travelers to France and the Paris region.

The town of Versailles and its Palace are less than 10 miles from the capital. So it is perfectly possible to visit it on a day trip out from Paris. The Palace of Versailles is located in the department of Yvelines (78000), about 20 minutes’ drive from the center of Paris. In this area you can also visit the ruins of Marly castle, which was built under Louis XIV but unfortunately destroyed during the first Empire. An excursion to take in the magnificent park at Marly can be planned into your visit to the Palace of Versailles.

As Versailles is such a major French tourist attraction, our chauffeurs know it well and will organize your entrance tickets for you. If preferred, they can also book the services of a qualified tourist guide, to make your visit to the most beautiful rooms in the Palace even more unforgettable.

Everything there is to know about Versailles

It’s impossible to describe the Palace of Versailles without reminding ourselves of the incredible personality of its designer Louis XIV (1638-1715), who is known as the Sun King…

Louis XIV was the son of Louis XIII and Anne of Austria. After the death of his father in 1643 it was his mother, together with her Prime Minister Cardinal Mazarin, who took on the regency until Mazarin’s death in 1661. The young king was still only 23 years old.

We always associate the Palace of Versailles with Louis XIV. But actually it was his father Louis XIII who first admired the location and built a hunting lodge there in 1623. In was in 1682 that Louis XIV decided to leave Paris for good and moved the court to Versailles.

Louis XIV is often described as larger than life. A true epicurean, he devoured his food and ordered gargantuan meals which amazed his guests. He adored dancing, ballet and performing arts of all kinds but he was also a great fan of hunting with hounds.

Absolutely tireless, he feared neither the cold nor the heat and proved to have astonishing physical and intellectual capabilities.

The Palace which he built at Versailles between 1661 and 1678 is a reflection of his own image: colossal, opulent, radiant and equipped with the latest gadgets of the time. Louis XIV turned the Palace into the unadulterated symbol of the power of France and of the monarch who reigned over it. Versailles and its architectural wonders defined Louis XIV as the most powerful monarch in Europe.

Born on August 23rd 1754, Louis XVI succeeded his grandfather Louis XV to the throne in 1774. In 1770 he had married the celebrated Marie-Antoinette of Austria. The three important additions to the Palace made by Louis XVI and Marie-Antoinette are the Louis XVI library, the Cabinet doré and the Queens’ Hamlet.

Louis XVI was the last king to reign at Versailles; on October 5th 1789 the castle was stormed by the public mob and the royal family were taken to Paris. The French Revolution had begun.

The Palace, the Petit and the Grand Trianon

The main section of the Palace contains the original building constructed by Louis XIII and is flanked on both sides by two large wings. In the south wing is the Hall of Mirrors and in the north wing the Royal Chapel and the Opéra.

The royal apartments are located on the first floor. These are made up of vast, luxurious reception rooms and the private apartments used by the king and queen. The larger apartment was the king’s and includes the Hercules Salon, the Abundance Salon, Venus Salon, Diana Salon, Apollon Salon and the War Salon. This part of the Palace also houses the Hall of Mirrors.

In contrast the queen’s apartments are much smaller. These are located in the southern section of the castle and overlook the park. Here you will find the queen’s bedroom and antechamber as well as the guardroom.

Le petit Trianon is a smaller castle than the Grand Trianon and set in a large park. It was commissioned by Louis XV and given as a gift to Marie-Antoinette by Louis XVI.

Above all, the Palace of Versailles showcases art and artists. Among the most celebrated artists received at Versailles are Lully, Molière, Le Brun, Racine, etc.

A few facts and figures

The Palace of Versailles has:

The Queen’s estate is definitely a highlight of any tour of the Versailles estate. The Queen’s Hamlet is an integral part of the Petit Trianon. It was commissioned by Queen Marie-Antoinette who was tired of the pomp and ceremony at court and wanted a retreat in a more rural environment closer to nature. Constructed by the architect Richard Mique, the Hamlet is built around an artificial lake stocked for fishing. There are twelve charming little cottages, a vegetable garden, orchard, a small farm and a small but pretty flower garden. The Queen’s Hamlet is currently being renovated to repair the wear and tear over the years.

The Hall of Mirrors

Measuring 82 yards long and 11 yards wide, the Hall of Mirrors is undeniably the most impressive room in the Palace and a testament to the monarch who built it : Louis XIV. Designed by the architect Hardouin-Mansart, this huge hall boasts 17 windows and 357 mirrors. The ceiling was decorated by Charles Le Brun.

Louis XIV and his descendants organized sumptuous receptions here. As the emblem of the French monarchy the Hall was the setting for the signature of many treaties, including the 1870 treaty which created the German Empire at the end of the Franco-Prussian war.

The Palace of Versailles also boasts a grand canal, built by Le Notre between 1667 and 1679. A mile long and designed as an ornamental pool in the shape of a cross, it also provided the water supply for the fountains and water features upstream.

The second largest water feature is the Pièce d’Eaux des Suisses which measures 656 yards by 365 yards and is named after the Swiss Guard that constructed it. Built on a marshy area of the estate it was notable for hosting magnificent water festivals. There are several other smaller water features such as the Bassin de Bacchus, the Bassin du Miroir or the Bassin de Saturne.

The Palace of Versailles is also renowned for its many fountains. Louis XIV adored all these water features and they so enhanced the beauty of the Palace.

Exceptionally elaborate for their time the water features, irrigation systems and fountains are quite magnificent.

The gardens at Versailles

Versailles is remarkable both for the beauty of its architecture and of its gardens. Impossible to overlook is the imaginative and creative genius of Le Nôtre who laid out the gardens in close collaboration with Louis XIV. Even today the gardens at Versailles epitomize the classical, symmetrical and immaculate perfection of the French Garden style. Their beauty made an enormous contribution to the glory of the French monarchy.