Are you planning to visit Giverny ?

Giverny is a small French town situated in the department of Eure (27) in the region of Upper Normandy. The place is famous throughout the world as the town where Claude Monet lived. The founding father of the Impressionist Movement, Claude Monet (1840-1926) painted many of his works in the gardens of his Normandy home. 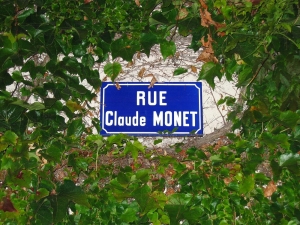 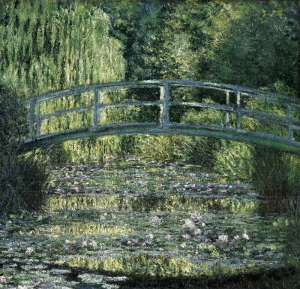 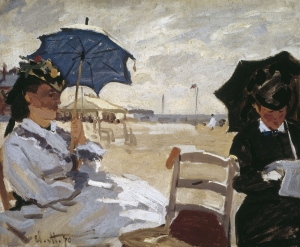 A day out to Giverny in a private chauffeured car

Visiting Claude Monet’s house at Giverny feels just like walking into his universe. You’ll discover a carefully preserved world where you can still picture the settings and experience the atmosphere which inspired the painter. Between 1885 and 1915 this small town became very fashionable with artists of the time.
Getting there is very easy by private chauffeured car as the village is only 46 miles from the center of Paris. Expect the journey to take about 1 and a 1/4 hours.

Who is Claude Monet?

Claude Monet was born in 1840. His father traded in cloth and his mother was a singer. Most of his childhood was spent in Le Havre in Normandy. In 1859 he went to Paris to study art. Soon after that he left for Algeria with the First Regiment of African Light Cavalry. His experiences in Algeria and especially the light and colors there, influenced his entire body of work.
A year later he returned to France and began working with Alfred Sisley and Auguste Renoir at the studio belonging to the Ecole Impériale des Beaux-Arts in Paris. The Franco-Prussian War in the 1870s caused Monet to flee France and seek refuge, first in London and then in the Netherlands. In 1871 he returned to France and moved to the town of Argenteuil close to the river Seine. It was during this period, in 1872, that Monet completed the painting which is now hailed as founding the Impressionist Movement. Impression: Sunrise. It is a painting of the port of Le Havre.
The 1870s was a period of huge financial hardship for the artist. Paul Durand-Ruel, an art dealer with galleries in London and Paris, organized several exhibitions for Monet to great critical acclaim but sadly they did not allow the artist to make a decent living from his painting. In 1883 after some time spent living in Paris and in Vétheuil, he set up home with his wife Alice and large family in a house in Giverny, which he rented at first and then bought. It was here that he completed one of his most famous series of paintings : the celebrated Water Lilies. Among the artist’s best-known series of works are « The Haystacks », « The Poplars », « The Rouen Cathedrals » and « The Water Lilies ».
Claude Monet died aged 86 on December 5th 1926. Following the death of his son, his entire collection was bequeathed to the Marmottant Museum at 2 rue Louis Boilly in Paris (75016).

Impressionism is a late 19th century art movement which aimed to break free from academic painting styles. Landscapes and unfamiliar settings were the movement’s principal subject matter. Also new were the visible brush strokes on the canvas, which traditionally had always been blended in. Impressionism takes its name from the word « impression ». And in fact the style does try to depict on canvas the feelings which the artist was experiencing whilst painting. The artist always placed the use of color, variations of light and the sensations he felt at the center of his work.
Among the most famous Impressionists were, aside from Claude Monet of course, Paul Cézanne, Camille Pissarro, Pierre Auguste Renoir, Georges Seurat, Edouard Manet, Edgar Degas and Alfred Sisley.

Giverny in the work of Claude Monet

The artist spent nearly 43 years at his home at Giverny. The garden at the house has magnificent floral displays and several water ponds, one of which is straddled by a small Japanese bridge which the artist painted numerous times. Flowers such as roses, agapanthus and ageratum are omnipresent in the artist’s paintings. Strolling around Claude Monet’s garden allows the visitor to soak up the atmosphere in which the artist worked. Fascinated by the play of light reflected in water, Monet found the same source of inspiration here as he had also found in England on the banks of the Thames and at Le Havre or on the banks of the river Seine.